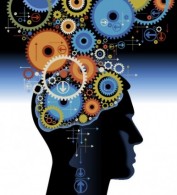 I was just reading an article earlier today about MIT scientist: Dr. Stephanie Seneff.  She proclaims that in the next 10 years half of all children born will fall into the autistic spectrum.

Let that last sentence sink in for a moment. Right now, Autism is occurring at a rate of 1 in 68 children born today.  Up from 1 in 10,000 in the 1980’s,  clearly something has drastically changed from that time on to now.

Gut Bacteria and The Link to Your Brain

The saying “food for thought” may be more profound than one realizes.  With the Standard North American Diet (S.A.D) our very biology is fighting a losing battle with processed foods, pesticides, mineral and nutrient deficient food.  This in turn has lead to a generation afflicted with ailments that our ancestors did not have to deal with.  IBS, Crohn’s disease, gluten allergies  and leaky guts the list goes on and on.

With the constant exposure to such a wide variety of toxins is it such a surprise why many of us have allergies?  For some of us those allergies can be deadly.  It’s been stated that up to 70% of our immune system is located in our gut.  The very same gut we have been sterilizing and bombarding with antibiotics, artificial sugars, alcohol and debilitating stress.

With that in mind, I’d like to refer to some research which states that many of the chemicals with which we associate with just the brain can actually be found in our guts.  Neurochemicals such as GABA, serotonin, norepinephrine, dopamine, acetylcholine and melatonin which the brain uses to regulate its neurochemistry.

The True Source of Many Mental Illnesses?

Now is it any wonder that when people are suffering from severe mental health issues? e.g. Bipolar, schizophrenia, Alzheimer’s. Could the main cause and source of these diseases simply be a chemical deficiency or severe imbalance in the patient’s gut microbiome? Such a diagnosis would require a complete paradigm shift in how we view the connections between mind, brain and body.

Modern medicine has run on the philosophy that the mental function and bodily function are two separate physiological systems with little overlap, but as the research is showing the gut can have an effect on the brain and the brain can have an effect on the gut.  The mind and body are not totally separate but are in fact part of a sophisticated holistic feedback loop.  If body is compromised then our mental health will be affected too.

When you think about it, maybe our ancestors were on to something when they referred to our gut’s as the “Second Brain”.